Our breadth of expertise and experience means we understand the challenges you face. As a close-knit team, each with our own specialisms, we can think about a project from lots of perspectives at once, moving quickly and seeing possibilities others might miss.
Say hello to the Tooley Foster family. 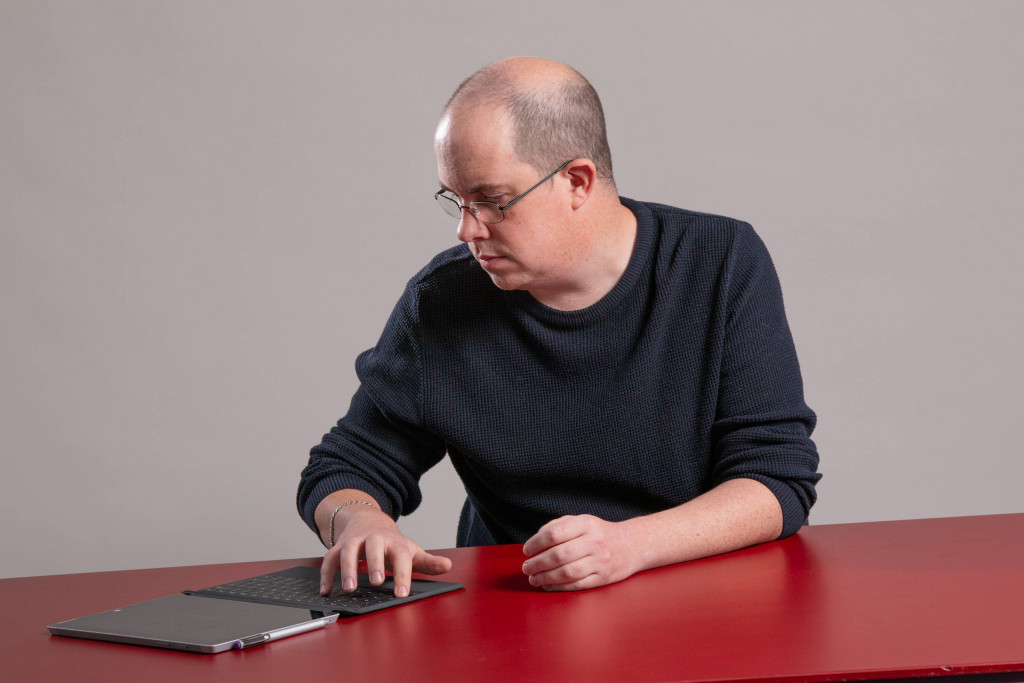 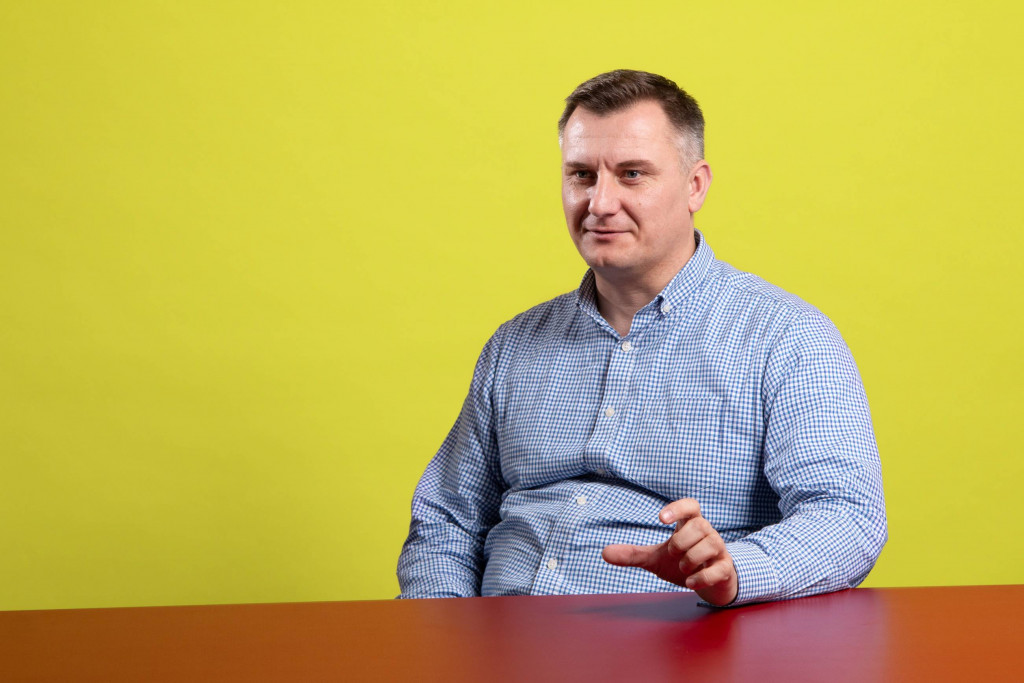 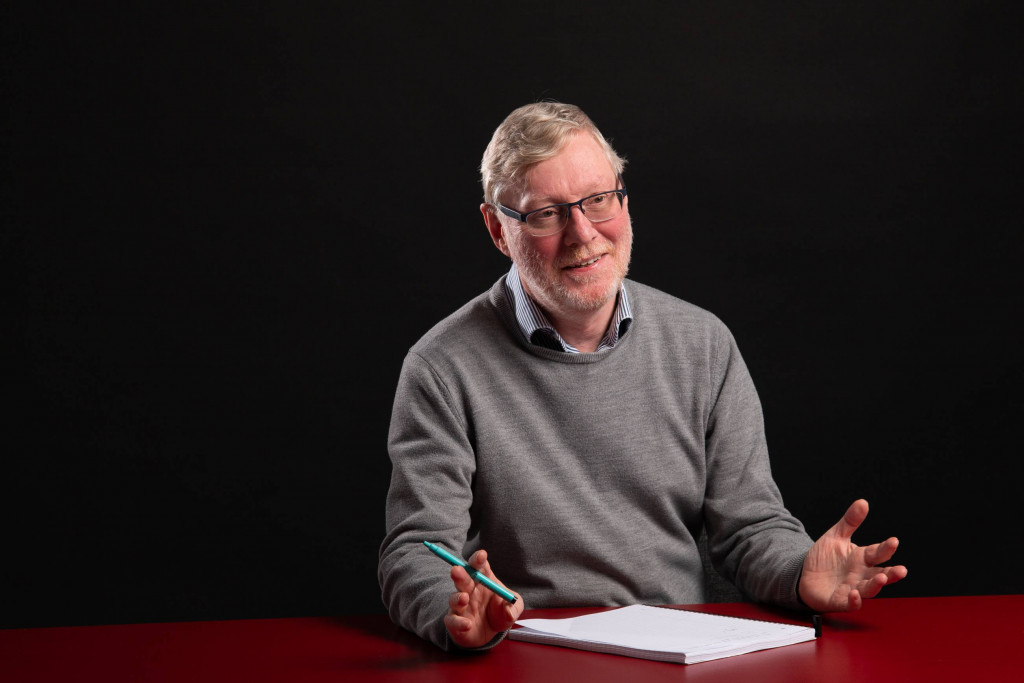 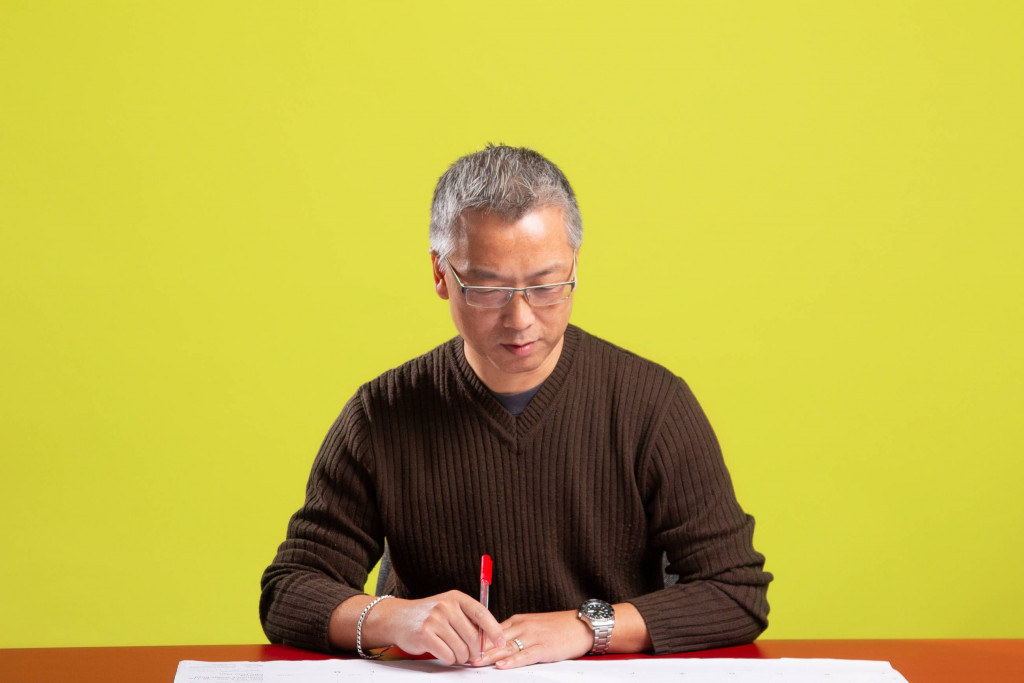 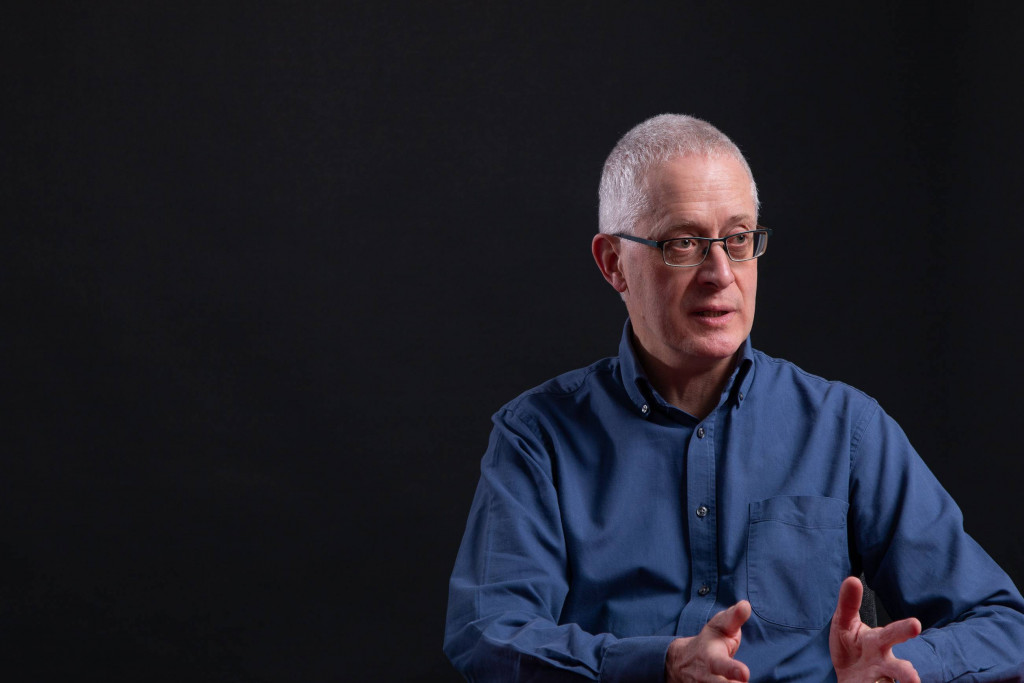 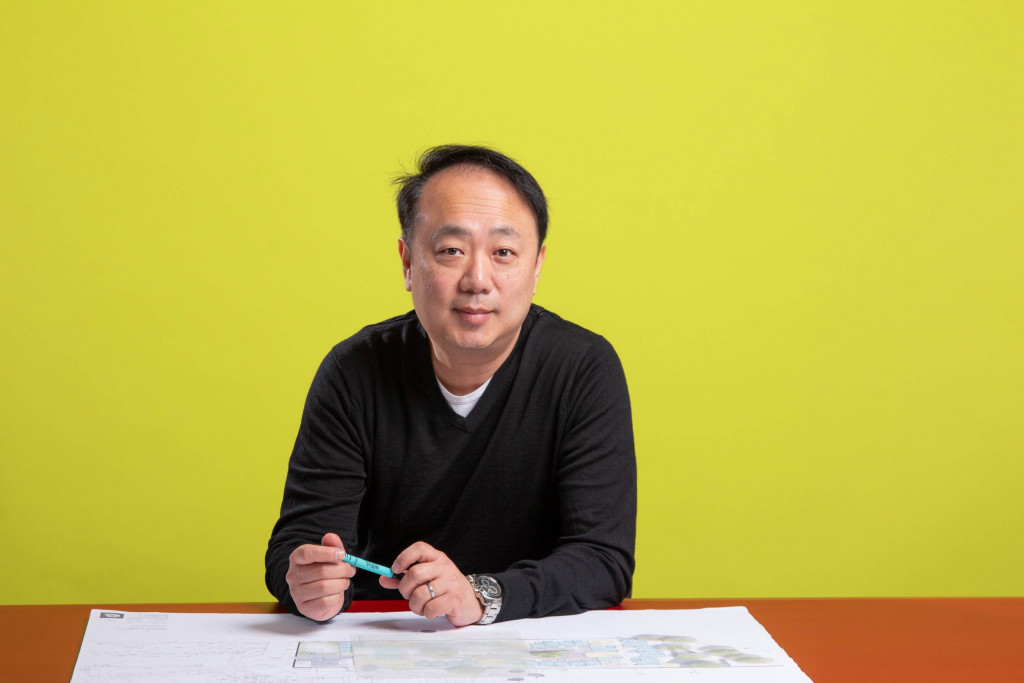 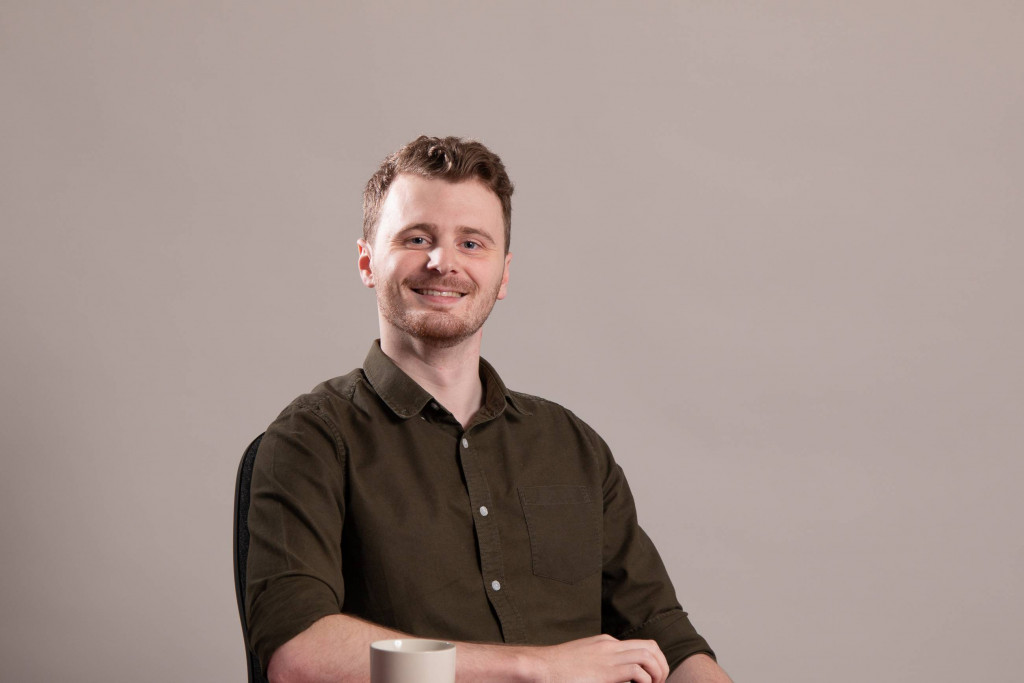 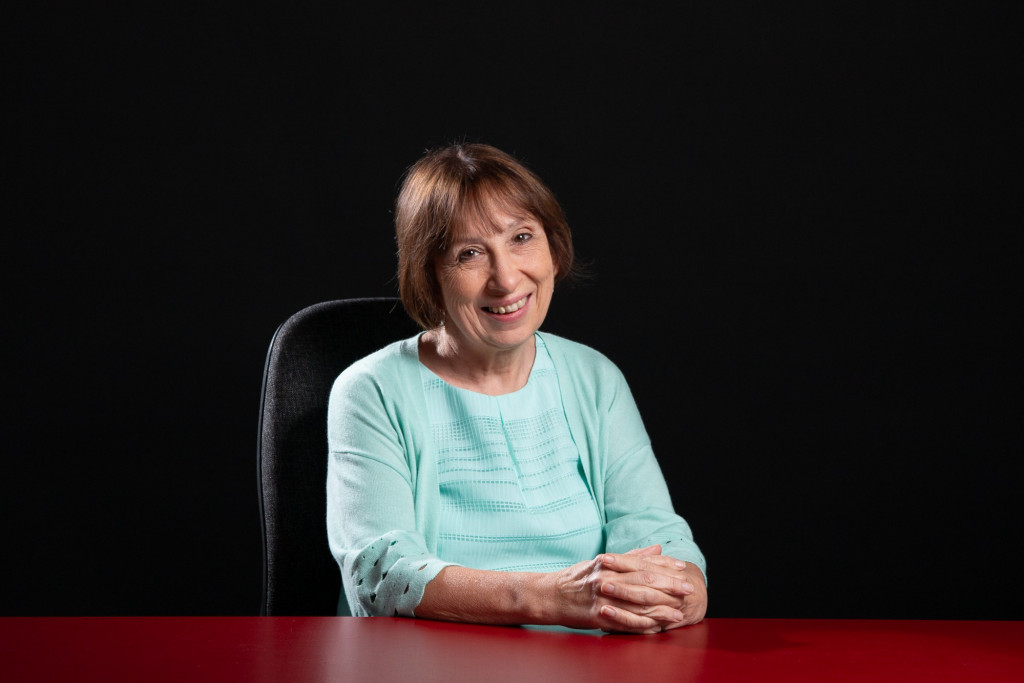 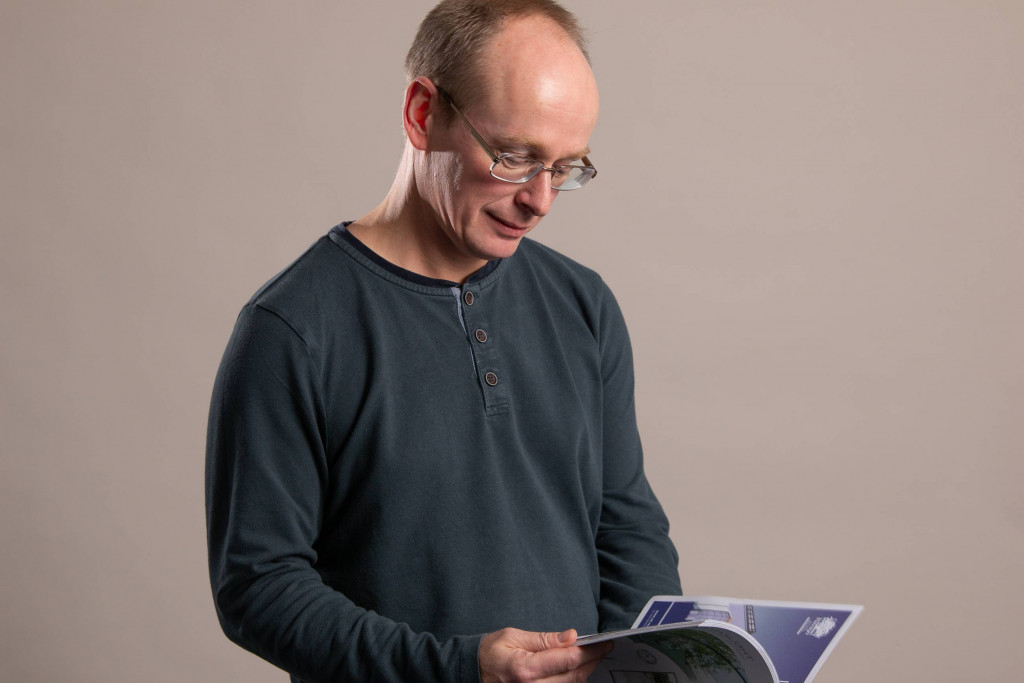 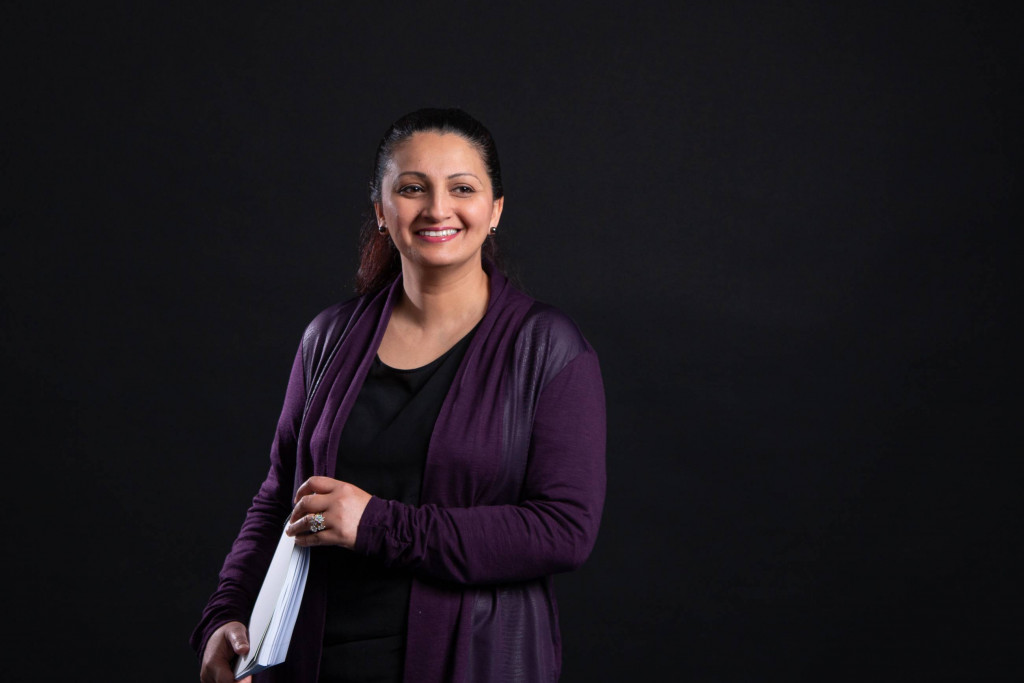 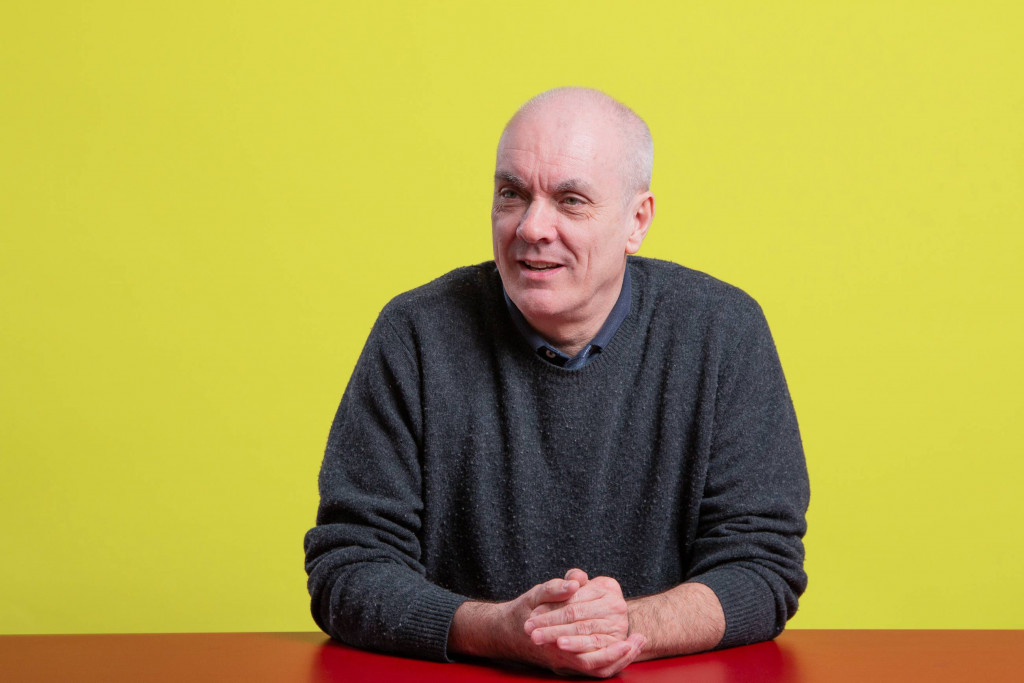 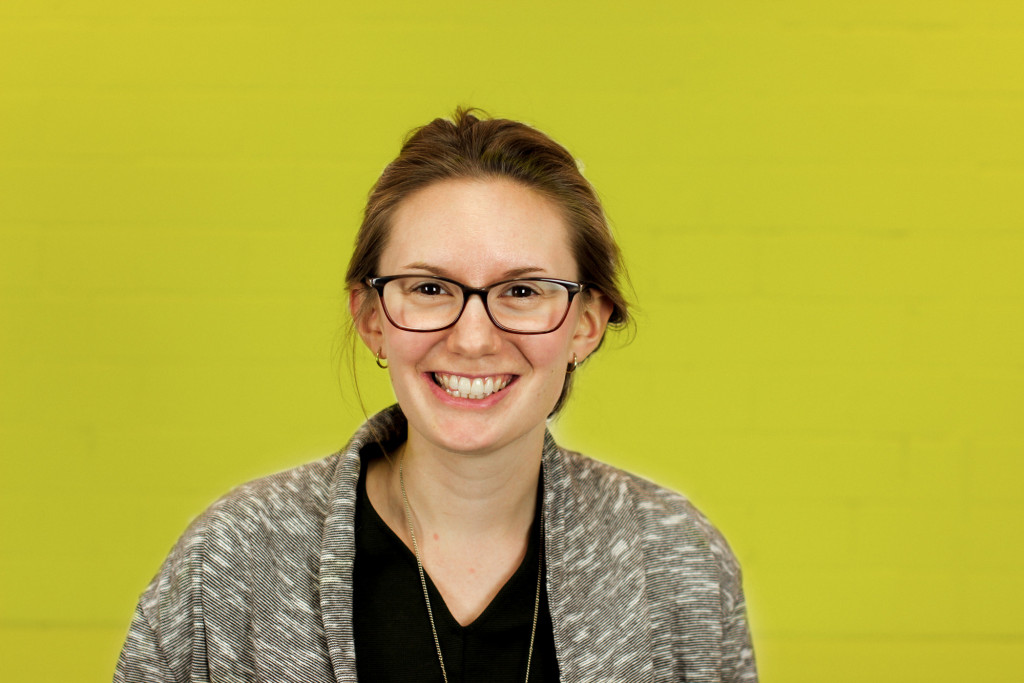 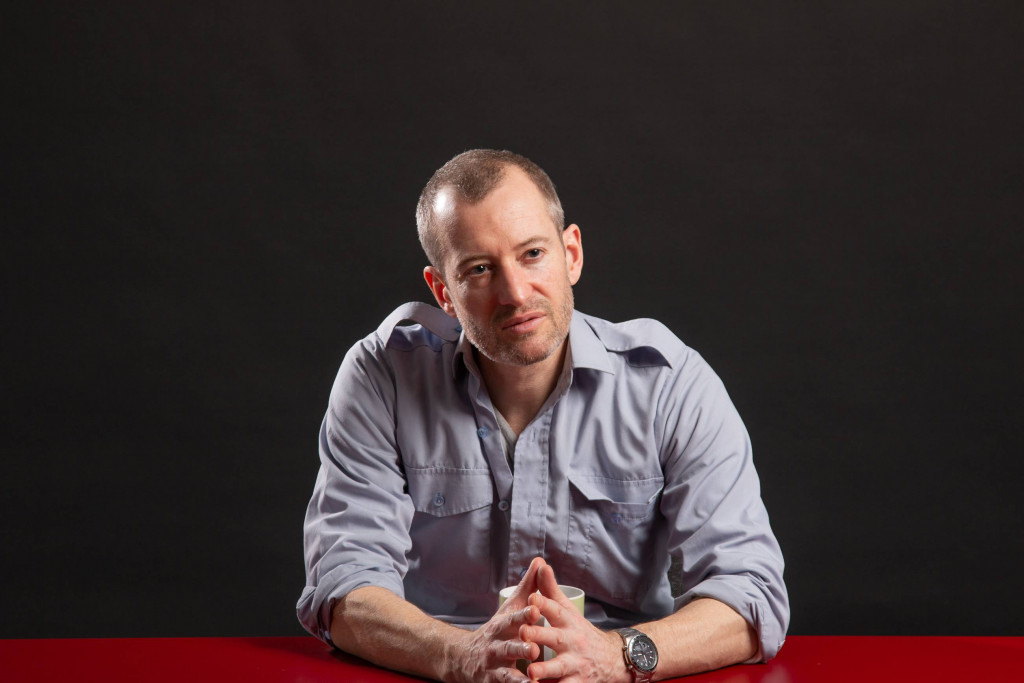 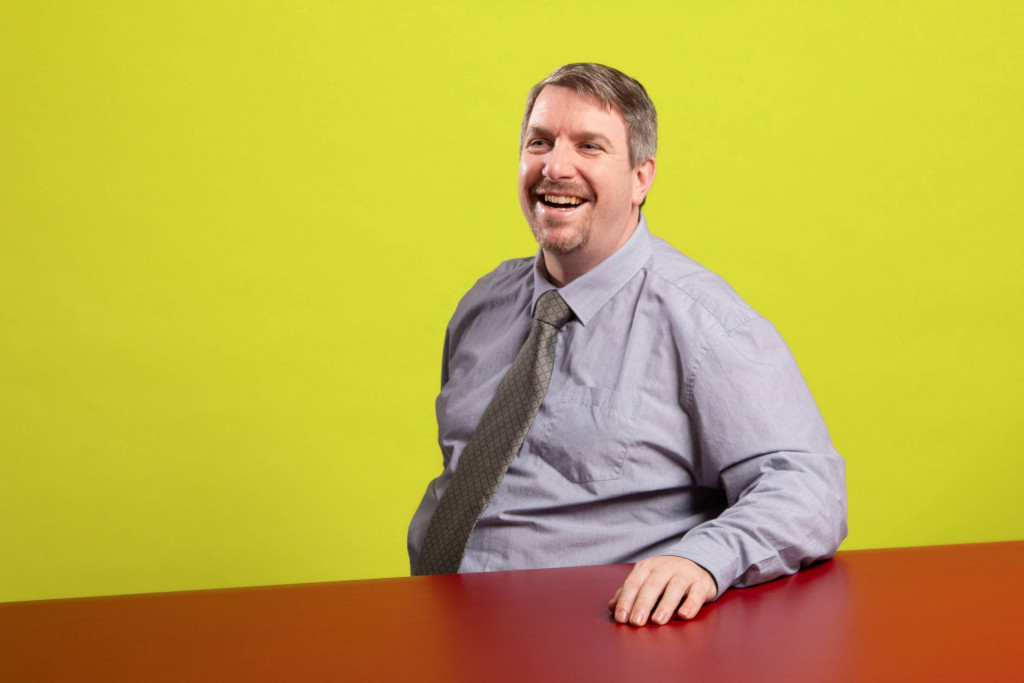 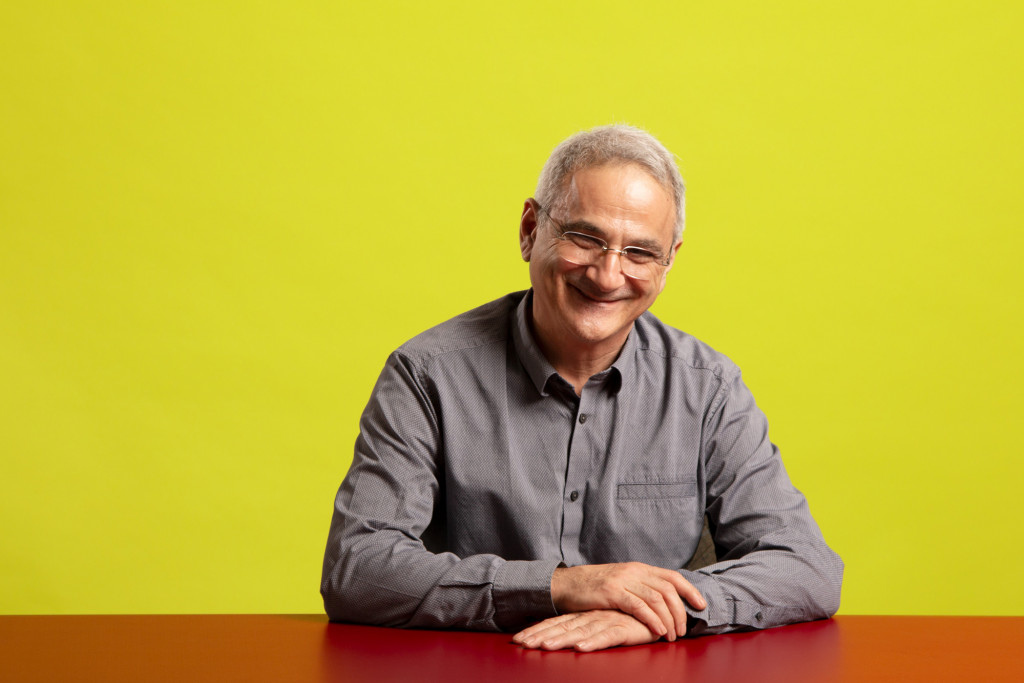 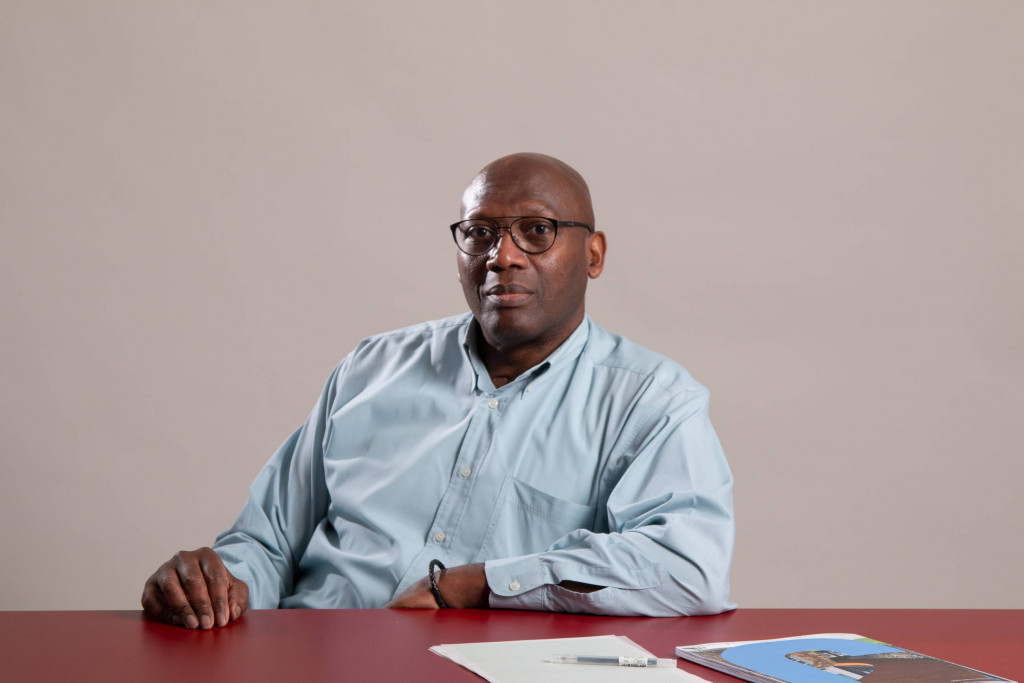 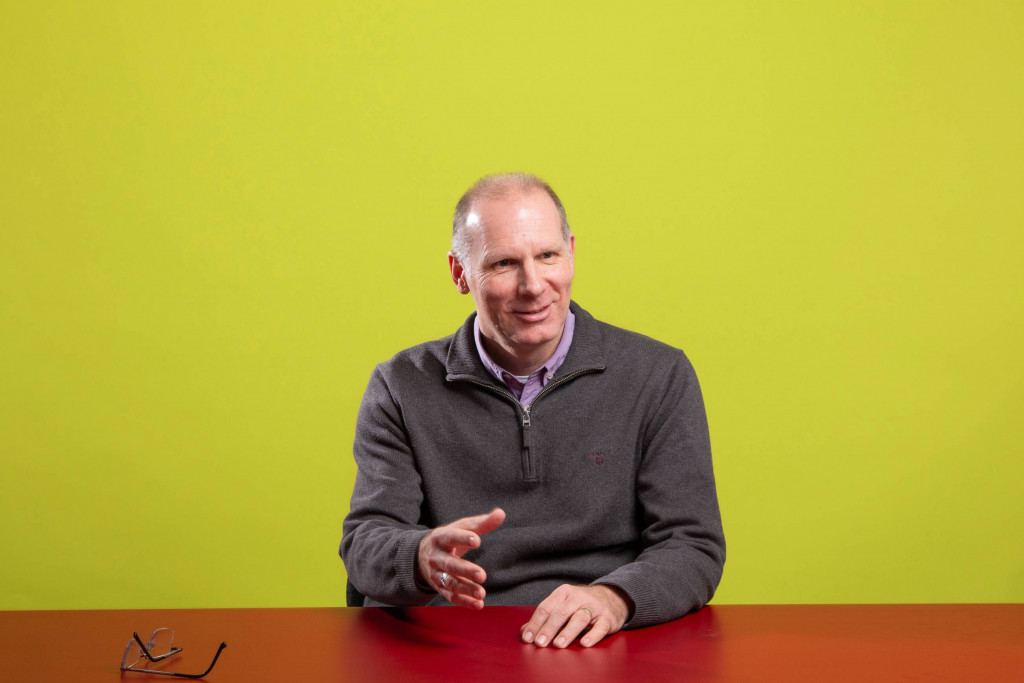 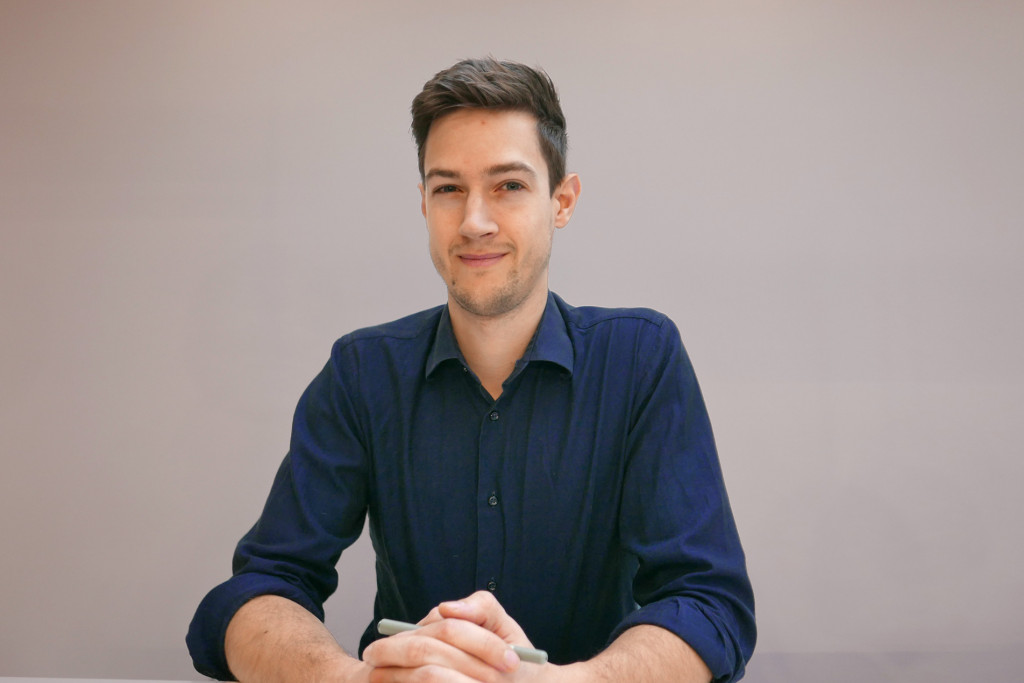 With this much energy and enthusiasm, you’d think we were just starting out. In fact, our forward-thinking practice has deeper roots than most.

Rex Foster’s father, my grandfather was a local builder and when he thought his second son ought to become articled to an architect, he said ‘Tooley is probably the best man’.

Famously innovative since 1892, Tooley Foster really flourished in the mid-20th century with the expansion of social housing, a nationwide school-building programme and the creation of the NHS.

We grew up to specialise in social housing, care and education projects where community and sustainability are everything. Social responsibility is in our character. And pushing boundaries has always been part of the job.

Architecture and the construction industry are always the hardest hit when there is a downturn in the economy, we have survived difficult times by keeping abreast  of new technologies, adopting a hands-on approach and continuing to provide a high level of service to you.

Innovation is in Tooley Foster's DNA; it's the reason why the practice has survived two World Wars, several recessions and a global pandemic

So the practice we are today is rooted in one powerful idea: the idea that as a society we should be ambitious about what we build
– for the good of everyone.

Our strong foundations and clear values give us the confidence to challenge traditional ways of doing things.
Which must be why we feel so young.

Michael Courtenay is an Associate Architect and he became the office BIM Coordinator in 2019, He is working to develop the practice’s workflow to improve efficiency across the office.

He specialises in residential and healthcare work, focusing on RIBA Stages 3, 4 & 5 of large scale high rise residential and mixed use developments for large house builders/developers such as Greenview Court in Southall for Galliard Homes.

Michael excels in technical detailing and has extensive experience of Revit, which is used throughout projects, for the production of parametric based models suitable for design and construction.  He has developed the Practice’s Revit templates and has had significant involvement with the preparation of the studios BEP (BIM Execution Plan).

Michael Courtenay, who has over 12 years of experience as an Architect. He joined Tooley Foster in 2000, becoming an Associate in 2019.

Keith Everitt has been involved in a diverse range of projects, including a 90m long bridge at Lakeside Shopping Centre, an extension to The Glades Shopping Centre in Bromley, the refurbishment of Wembley Arena and numerous housing schemes.

He has more than 30 years’ experience in specialist retirement housing and dementia care projects, including award-winning schemes such as Highdown Court in Worthing – an extra care development of 56 apartments. The depth of his experience in the dementia care market led to him becoming a Design Associate for Stirling University’s Dementia Services Development Centre.

Keith has taught part time at the University of East London and the Architectural Association. He was Chair of the RIBA Eastern Region from 1998-2000.

Keith became involved in supporting WFCNS(Branches) a homeless project based in NE London in 2001, becoming a Trustee in 2002 and Chair from 2004 – 2014. For the last four years he has been a trustee of YMCA East London

Keith has responsibility for Finance and Office Management within the practice.

Khosro Bashi specialises in care homes and primary healthcare buildings. His expertise in the dementia care market led to his appointment as Design Associate for Stirling University’s Dementia Services Development Centre and recently as a Design Associate with Hammond Care.

Khosro has achieved many critically acclaimed awards in the care sector;

Foxburrow Grange in Colchester for Outlook Care, which was a finalist in the Pinders Healthcare Design Awards 2014 for ‘Best Small Dementia Unit’

Arlington Manor in Cambridge for Hallmark Care Homes, which was Winner in the Pinders Healthcare Design Awards 2019 for ‘Best New Care Home’

Khosro is responsible for HR matters including gaining the Investors in People Silver Standard accreditation. He also leads the development of the studio BIM , IT and facilities management.

Khosro Bashi joined Tooley Foster as an Architect in 1989, becoming an Associate in 1996 and a Partner in 2003.

Nigel Goulding specialises in new-build residential development; his experience also includes refurbishments, conversions and small scale commercial buildings. His main focus is from concept through the planning process then working with colleagues to achieve completed developments. This has often been on complex and constricted sites in and around London including Green Belt, conservation areas and involving or adjoining listed buildings.

Nigel leads the Small Building Team within the Practice, having primarily worked with small development companies and builder-developers towards the smaller end of the development field.  Since joining The Tooley & Foster Partnership, Nigel’s skills have also been applied to schemes in some of TFP’s core areas of work, including care and education for existing and new clients

Keith Varnes specialisies in the sector education where his projects experience over 20 years ranges from nursery to secondary school buildings in both the private and public sectors. Keith is Chair of Governors of a primary school in Redbridge, giving him added insight into what is required when designing for education. He also highly experienced with extra care, high quality residential, listed buildings and complex refurbishment projects.

His measure of his success is Saffron Hall for Saffron Walden County High school, a world class Auditorium;

His attention to detail has led him to become responsible for the Practice’s Quality Management System (ISO 9001:2015).

He is an Incorporated Member of the Association for Project Safety (APS). He leads Construction Health and safety and Principle Designer matters under the CDM regulations 2015. To see our list of accreditations click here

Keith Varnes joined the practice as an Architect in 1998 and has been a Senior Associate since 2007.

Chris Chelebi specialises in residential and healthcare work, focussing on the design and construction of extra care housing and care homes. These often include facilities for those living with dementia and utilise key design principles to create accessible and distinctive dementia-friendly environments.

His recent achievements have involved a number of projects on complex, restricted or sensitive sites with typically high client expectations which he deliver’s with outstanding results.

Foxburrow Grange in Colchester for Outlook Care, which was a finalist in the Pinders Healthcare Design Awards 2014 for ‘Best Small Dementia Unit’

Arlington Manor in Cambridge for Hallmark Care Homes, which was Winner in the Pinders Healthcare Design Awards 2019 for ‘Best New Care Home’

Chris has extensive experience of Revit. This is used throughout projects as a tool for the production of design and construction drawings and also to effectively communicate 3D concepts and ideas early in the design process. He is the Practice Technical Design coordinator.

Chris Chelebi, who has 20 years of experience as an Architect. He joined Tooley Foster in 2004, becoming an Associate in 2016.

Peter Ranken is an experienced Architect who has completed a number of master planning, housing and extra care projects. Peter has a particular interest in designing sustainable buildings and in 2009 gained a MSc in Environmental Design and Engineering from University College London.

His 28-dwelling Code 6 carbon neutral housing development in Basildon was awarded the Sustainable Larger Housing Project of the Year in 2012 by Sustainable Homes magazine.